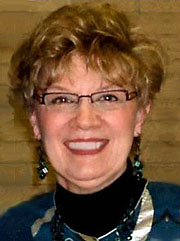 Kathy has been involved with her church as the first female president of the congregation which oversaw a building expansion and two call committees, served as Parish Coordinator, and headed up the Personnel Committee.    In her spare time, Kathy is a sports enthusiast with her number one team being the Minnesota Twins, followed by the Minnesota Vikings.

Kathy comes from a proud military family – her father was a decorated WWII veteran, her husband, Don, served 31 years in the US Army Reserves, her daughter Heidi is a retired Army Captain, and her son in law Bruce is currently serving in the US Army as a Colonel.  Her oldest grandson, Tyler, joined the Marine Corps and is currently stationed in Okinawa.

Kathy is a retired part time school district employee, renowned “suzie homemaker”, married to Don,  and is the mother of 4 daughters (Heather, Heidi, Colleen and Cori). Her youngest daughter, Cori was named 4th runner up to Miss Minnesota 2007.   Her greatest joys are her 11 wonderful grandchildren!
​

Schedule an appearance with Miss Minnesota

To request the presence of Miss Minnesota at your next event, please complete and submit the form to direct your inquiry to the Miss Minnesota's Business Manager, who will discuss availability and appearance fee.
The Miss Minnesota Scholarship Program is part of the Miss America Organization, which is one of the nation’s leading achievement programs for young women.