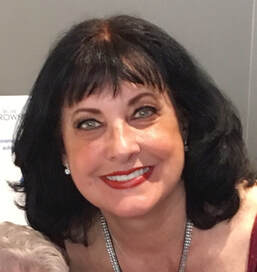 ​Charlotte grew up in Lakewood, Colorado and moved to Minnesota where she
graduated from Alexander Ramsey High School in 1965. She was a cheerleader
and National Honor Society Student. She was Miss Twin Cities 1964 and won the
National Talent Award at the Miss Teenage America Pageant in November 1964.
Charlotte was crowned Miss Minnesota 1967 in Austin, MN and went to Atlantic
City where she was in the top 10 at the Miss America Pageant in September 1967.
She was invited to be on the Miss America USO Tour to Korea and Japan in 1968
with Debra Barnes. And she was the first state queen to be invited back for a
second Miss America USO Tour to Vietnam in 1969 with Judi Ford. The tours were
one of the most humbling and amazing experiences she has ever had - truly an
honor.
​
Miss Minnesota led her to many opportunities. One was working public relations for Halvorson, Inc in Duluth (distributor in the US for Ski-Doo Snowmobiles). Modeling and the spokeswoman as Miss Ski-Doo, traveling throughout the US and abroad. Charlotte also did a cross country ski film for Finnair in Finland.

She was married in 1969 to her high school sweetheart, Bill Olein, (who incidentally was at her Miss Minnesota and Miss America Pageants). No contact was allowed back then during the pageant week. No males, not even with your father. They have 2 daughters and 5 grandsons. Charlotte and Bill reside in Roseville, MN.

Charlotte graduated from the University of Minnesota, Twin Cities, in 1970. She worked for Ski-Doo while going to school full time. She was president of Roseville Central Park Auxiliary, was co-owner and co-founder of Queen’s Court Studio of Dance, worked as a counselor at Apartment Referral Service and then worked/retired from Northwest Air Lines/Delta Airlines in 2012 where she was a
manager in Reservations.
Charlotte is currently on the Board of Directors for Destination Education Scholarship Fund (2013-present) and is the Miss Minnesota Business Manager (2015-present).

The Miss Minnesota Scholarship Program is part of the Miss America Organization, which is one of the nation’s leading achievement programs for young women.